Definitioin
Acute or chronic contagious viral disease of cattle and man characterized by elevated skin lesion in the teats and udder.


Epidemiology
The disease present in many countries.
- Affect cattle over 2 years.
- The disease is zoonotic.
•Source of infection:
Infected animals.
• Mode of transmission:
1- Direct and indirect contact with contaminated milker’s hands, wash clothes and teat cups
2- Transmission by bitting insects seems likely.
• Susceptibility:
- Freshly calved and recently introduced cattle are more susceptible.
- All adult cattle in a herd including dry cows are likely to be affected.
- Dose not appear to occur in animals loss Than 2 years of
age.
• Economic imoortance:
1- Losses occuring as a result of difficulty in milking.
2- Increase in the incidence of mastitis.
• Zoonosis:
The disease is transmissible to humans, infection usually resulting in development of milker’s nodules in the hand.


1- Acute form
Lesion begin as erythema — tollowed by development of vesicle or pustule —* Rupture after 48 hours —* result in formation of thick scab bacome markedly elevated by developing granulation tissue beneath it —> after 7-10 days the scab drop off leaving a horse shoe-shaped ring of small scabs surrounding granulation tissue (wart-like granuloma) — This lesion may persist for months in the teats and udder.
2-Chronic form
Erythema but nrogress to yellow-gray soft scabs the scabs are readily rubbed off at milking leaving the skin corrugated. There is no pain and the lesion may persist for months.
3-Milker’s nodules
Are clinically indistinguishable from human lesions caused by octhyma virus. The lesion vary frommultiple vesicles to a sngle, indurated nodule.

1- lsolatin:
lsotion from scabs or from fresh lesion.
Isolation on teat skin culture.
2- ldentiication:
By a) Large multinuctested syncytia.
$ intracytoplasmic inclusions that is more common in cow pox than pseudo cow pox.
b) Eectror microscope:
Section of skin lasion can be diagnostic in both cow pox and pseudo cow pox.
C) Fluorescent antibooy technique.
d) Injection on chorioallantoic membrane of embery-onated chicken egg - only in case of cow pox give pock lesion

Treatment
Removal of the scabs, which should be burned to avoid contaminating the environment —> application of an astringent preparation such as triple dye after milking and an emoHient ointement before milking. 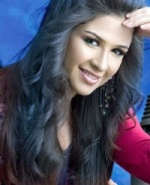